A Kentucky Career in the Paralegal Sphere

Paralegals often have full, rewarding careers where they enjoy a good deal of variety inside the job. While most states stand by their paralegal workforce, Kentucky was the first to specifically lay out the definition of a paralegal and define what a paralegal is allowed to do and not do. Most other states have followed suit with its guidelines and example. It was in 1979 when the State Supreme Court announced rule 3.700 requiring all paralegals to work under the direct supervision of an attorney. Rule 3.700 also requires paralegals to act in a professional and ethical manner, disclose to clients that they are not lawyers, and forbids any unauthorized practice of law, including the dispensing of legal advice. These edicts became standards across the country.

The Bureau of Labor reveals that in 2010, Kentucky boasted 3,200 paralegals among its employed. While salaries vary upon region and experience as of February 2013, the average annual wage for a paralegal in Kentucky was $41,000. The state actually ranked second and third in the country for having the highest number of employed paralegals in a nonmetropolitan area and the highest concentration – or greatest saturation – of paralegals in a nonmetropolitan area, respectively, in its west central region. To enforce rule 3.700 and cement a paralegal’s place in the professional legal arena, the KPA, or Kentucky Paralegal Association, instated a voluntary certification process in 2010 in order to help set a minimum standard of proficiency, professionalism and competency among the paralegal population. 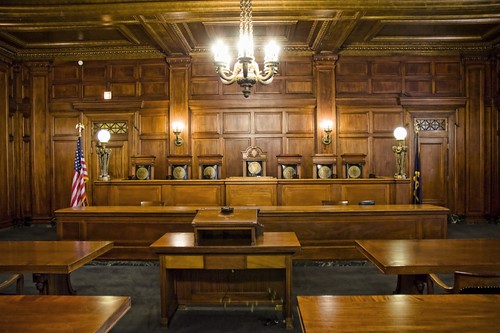 As in most states, Kentucky does not absolutely require higher education for an aspiring paralegal, but many employers do. It behooves a paralegal candidate to pursue either a degree in the field or certification. A degree in one of many paralegal courses can be obtained by receiving an Associate of Applied Sciences degree (AAS), an Associate’s degree (AS) – both which generally lasts two years – or a Bachelor’s degree in paralegal studies and takes about four years to complete. A Post-Baccalaureate certificate is a course tailored to those who already hold a degree in an unrelated field, which would count as certification. Usually, for those already owning a degree such as a Bachelor’s, the certification process is anywhere from 11 to 18 months, depending on the school and the program, if you are taking day or evening courses. Online schooling is equally as valid. However, for highest marketability and greatest assurance that the courses undertaken are the best ones for you, it is recommended to attend a school/program that has been ABA (American Bar Association) approved.

To become a certified paralegal in Kentucky (and there is a difference between certified and certificated), the hopeful paralegal may either take the Certified Kentucky Paralegals exam, which is hosted by the state (please see requirements to sit for exam), or one of four other national exams hosted by one of three associations. Each of these national exams holds different requirements, which are charted here.

Passing any one of these exams may increase professional employment opportunities and benefits.

There are six ABA approved schools for paralegal or paralegal specialty studies in Kentucky.

Beckfield College in Florence offers an AAS Degree, Post-Baccalaureate Certificate, Bachelor of Science Degree, and Legal Nurse Consultant Certificate. Internships are mandatory and Beckfield prides itself on the number of graduates who go on to work for large firms.

Eastern Kentucky University in Richmond has both a two year AAS degree and a four year Bachelor’s degree in paralegal studies. The school has been ABA approved since 1980. It offers both day and night classes. Internships are mandatory.

Morehead State University in Morehead offers a four year Bachelor of Arts degree in paralegal studies. An internship of 120 hours working in a public or private law office is required to complete the program.

Sullivan University has two campuses- one in Lexington and one in Louisville. Lexington offers an Associate’s degree in paralegal studies while Louisville extends their programs to encompass not only the AS, but also a Bachelor of Science and a Post-Baccalaureate certificate. It offers a combination of day and evening classes. Internships are mandatory for the AS and the Post-Baccalaureate degree. This university is proprietary.

The University of Louisville in Louisville is a public, four-year school offering an AA degree in paralegal studies. This course takes 63 semester hours to complete and internship is a must for graduation.

It is recommended to all legal and paralegal professionals that they join an association for networking and other professional benefits. Kentucky has many such associates; below are half a dozen.