Wake Up to a New Paralegal Career in Washington 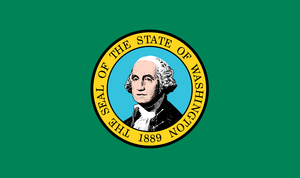 Thanks to the Seattle/Tacoma area in Washington State, paralegals are in great demand, especially in the large metropolitan areas. Washington is much like all the other states, but it does have one small important detail to the legal system enjoyed no where else; paralegals in Washington are allowed a special freedom, that of taking the place of a practicing lawyer to file time-sensitive ex-parte matters, reserved for attorneys alone anywhere else.

Same as the rest, however, Washington has posted no authority over the paralegal community meaning there are no educational minimums required before starting work as a legal assistant; the only requirement becomes being hired for the position. While on the job training is entirely possible and does still happen in the smaller cities, larger areas such as Seattle or Bellevue will use credentials, experience and education completed to help weed out the competition and possibly less competent hopefuls. It’s easier to simply get an Associates degree or other short certification than attempt to enter the field ill-prepared. The better educated also tend to get the better wages, benefits and better advancement opportunities.

Often confused, these two words sound similar but mean strikingly different things; certificated is what happens to any aspiring paralegal who completes a college course and gains an AA, BA, MA, JD, or a Post-Baccalaureate certificate with studies in the paralegal field. It’s the end diploma, the finished degree. Certified means to have taken and passed one of four national exams hosted by one of three national paralegal associations. After sitting for and successfully completing the test, or passing it, the paralegal can proudly title herself a Certified Paralegal. The three associations and the exams they provide are:

Each exam requires slightly different requisites, so study the chart before planning which test for which you will sit. To be a Certified Paralegal announces competency, core strengths, and paralegal skills; it is what all paralegals should aspire to eventually become.

Like certificated and certified, these words are often used interchangeably but truthfully are not the same at all. ABA approval is directed at a legal program and is granted by the American Bar Association. It denotes a course that the ABA has deemed sufficiently rigorous and legal intensive. Accredited is geared toward the school as a whole, comes from an authoritative entity either private, regional or national like the Department of Education and both mean a great deal in the world of the paralegal. While it’s very possible to get on and not the other, the aspiring legal assistant should strive to reach both goals and carefully watch how the school and the coursework are rated. Some states will not recognize an education as being certificated without having ABA Approval or accreditation. Take the definite path and accept only both. Washington State boasts four ABA Approved schools:

Edmonds Community College in Lynwood is a public 2-year school that offers an Associate’s degree and a Post-Baccalaureate certification in paralegal studies.

Spokane Community College in Spokane is a public, 2-year school offering an AA in both Paralegal Studies and Legal Nurse Programs. a hopeful can also gain a Post-Secondary Certificate in either program. The shortest program is either six quarters or two years and internships are mandatory.

Tacoma Community College in Tacoma is a public, 2-year school offering both an Associate in Applied Science degree and a Certificate.

A paralegal is hardly confined to one stage: she may find employment in government agencies, immigration offices, banks, corporations, and also large firms, especially in a metropolitan area. According to the Bureau of Labor Statistics, Washington State employed over 6,000 paralegals in 2010 alone. While not the only choices, firms are one of the most visible possibilities, they hire often, and they’re great locations to cut the teeth. Below find a truncated list of possibly firms to consider when ready to secure a job.